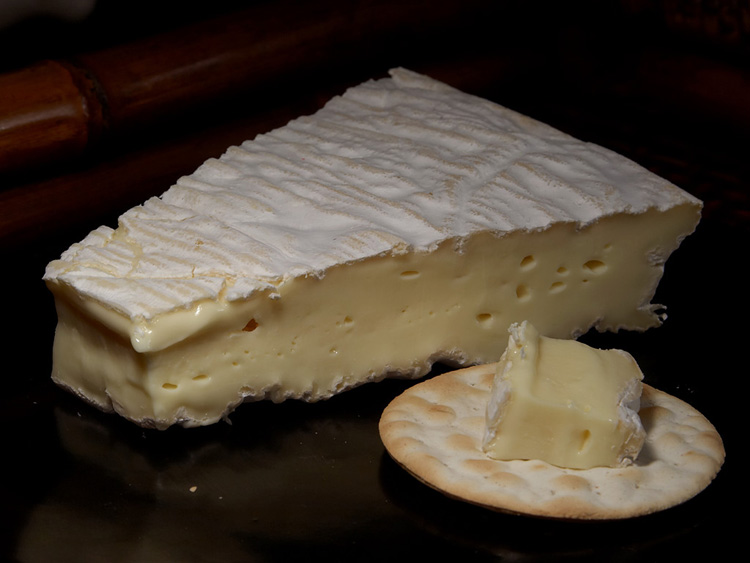 Brie is probably one of the best known French cheeses, nicknamed “The King of Cheeses.”  It is a soft cheese made out of cow’s milk and named after Brie, the French region from which it originated.

Brie has a rind of white mould which is typically eaten. The curd is obtained by adding rennet to raw milk and then warming it. The cheese is then cast into shallow molds and drained for a while. After which it is taken out of the molds, salted, sprayed with Penicillium candidum and aged in a controlled environment for at least four to five weeks.

If left for longer, it will become stronger in flavor and taste with darker rind – the so-called Brie Noir, which is a good choice for those who don’t like the full flavor of blue cheese since it is much milder.

According to one, less popular legend, brie was created by accident in the Middle East when a nomad filled his saddlebag with milk before a long horseback journey. His saddlebag made of animal hide was lined with rennet and when combined with milk, it created a watery liquid – whey and white lumps – curds. That’s how the first brie was perhaps created.

There are several varieties of brie but the French government officially certified only two types: Brie de Meaux and Brie de Melun.  You can also try bries coated in herbs, nuts, peppers. Brie en crout is wrapped in pastry dough and baked and is delicious. 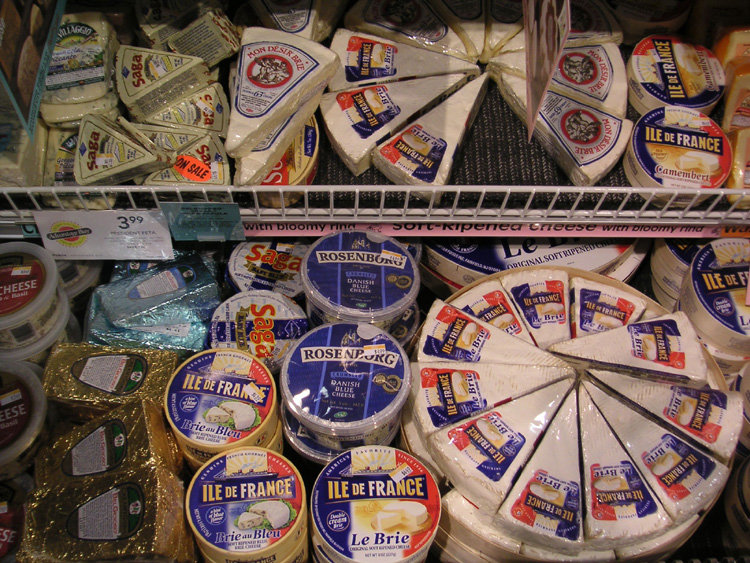 Brie de Meaux is the most famous of all the varieties and many say the best of all.  This type of brie is made in the region of Ile-de-France and has hundreds of years long history. It was granted the protection of Appellation d’origine controlee (AOC) status in 1980.

According to the most popular legend, Brie de Meaux was created by the monks of the Priory of Rueil en Brie in the Middle Ages. It became famous in the eighth century when French Emperor Charlemagne first tasted this soft cheese and fell instantly in love with its rich flavor. The king became so enamored with this cheese he asked it to be delivered regularly to his castle in Aachen.

In the 13th century, King Philippe-Auguste loved this cheese so much he sent two hundred rounds of brie to all the members of his court as New Year gifts. It is also said that Louis XVI had such an appetite for brie that he lost precious minutes during his escape from his arrest at the house of Sausse, in order to eat some brie with red wine.

Brie’s reputation expanded beyond France, thanks to Queen Margot who introduced brie to her husband King Henry IV of England.  The English king discovered brie during supper with the Queen and was so taken with the cheese that when given the choice of the company of his favorite mistress or dining with his wife, he chose the wife and the cheese.

Brie’s popularity soared in the 19th century when during the Congress of Vienna, French diplomat Talleyrand reportedly called for a break from negotiations in order to stage a cheese contest. More than 60 varieties of cheese were brought and all were tasted with great attention. That night, brie was declared La Roi de Fromages (King of Cheeses).

Brie de Melun is somewhat smaller rounds than Brie de Meaux but has a stronger flavor and more pungent smell. Its made with unpasteurized milk and it got its AOC status also in 1980.

Brie should not be mixed with Camembert although they are similar. Camembert is more recently developed cheese based on brie. It comes from Normandy and there is a difference in the production of the two kinds of cheese which makes camembert slightly stronger than brie as it is ripened as a small round cheese and is fully covered by the rind.

Camembert’s aroma is also more pungent than brie’s and it has a stronger, slightly sour and sometimes chalky taste. Its texture is softer than that of brie and if warmed, it becomes creamier while brie warms without losing much structure. 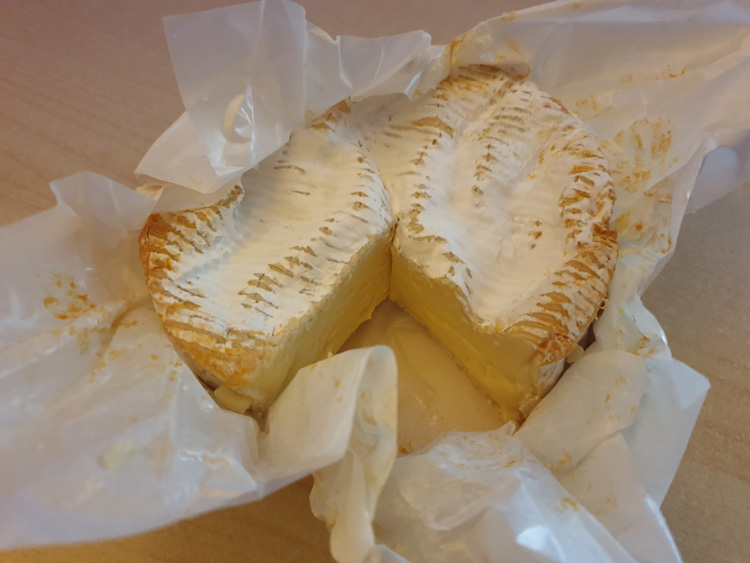 Buttery, earthy brie goes perfectly with fruit such as strawberries, figs, apples, pears, blueberries and blackberries, apricots, but it can also be eaten with honey, orange marmalade,  nuts, mushrooms, crisp bacon, dried tomatoes, caramelized onions. Some French even dip it in their café au lait.

As with most things French, brie goes well with wine and the wine you choose to drink with it will enhance all that nuttiness, sweetness, creaminess of brie. For the creamy part, try Chardonnay, while Chenin Blanc will bring out those nutty notes in the cheese.

The earthy taste of brie goes perfectly with Pinot Noir while Riesling will highlight the sweetness of it. The fresh fruit notes of Beaujolais will downplay brie’s creaminess and bring out the tang of this cheese, experts say.

No matter how you eat it – with or without fruit and nuts, with or without the wine, only with a baguette or accompanied with café au lait, brie is the embodiment of that perfect, mouthwatering French cheese everyone is talking about. It’s the best taste of France you’ll have.