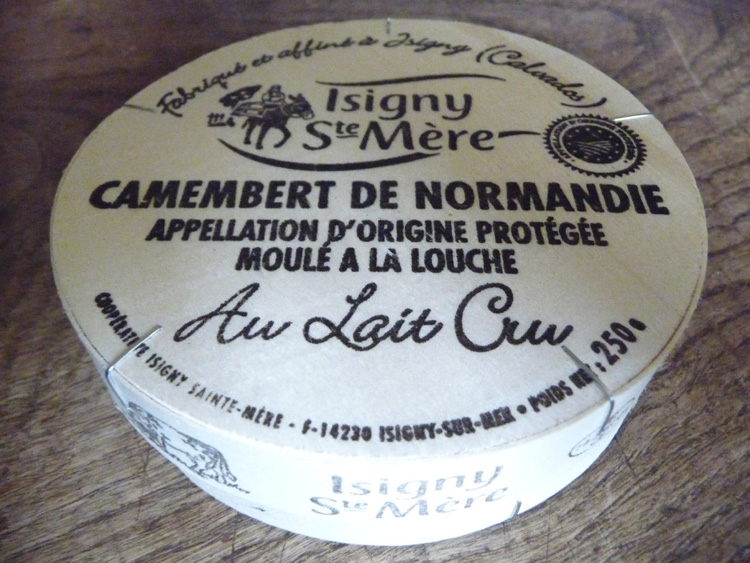 According to a popular story that appeared at the beginning of the 20th century, Camembert was first made in 1791 by Marie Harel, a farmer from Normandy.

Normandy was already known for producing cheesees similar to Camembert, but according to the popular legend Harel created Camembert with the help of a priest, Abbot Charles-Jan Bonvoust who was hidden at the Manor of Beaumoncel where she worked. The priest was from Brie and he gave Marie a recipe for a cheese with a bloomy edible rind which was produced in his native region.

Harel used the recipe to make her cheese – Camembert and with it started a dynasty of cheesemakers who produced Camembert on large scale, most notably her grandson Cyrille Paynell who created a cheese factory in Calvados.

Harel’s descendants contributed to the success of Camembert in the first half of the 19th century and considered themselves the only legitimate users of the designation “Camembert”.

By 1870s other cheesemakers in Normandy began contesting the family’s monopoly over Camembert.

The cheese also owes its popularity also to an engineer named Ridel who in 1890 devised a wooden box that was used to carry the cheese and helped to send it longer distances, particularly to America where it became very popular. 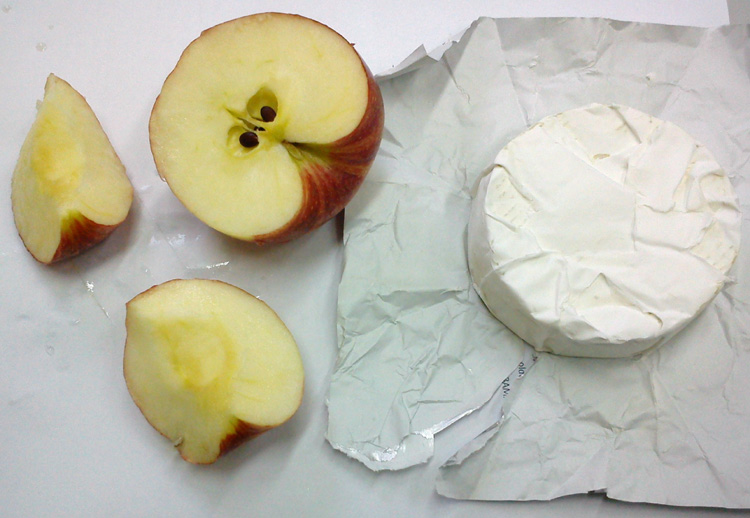 Other types of Camembert are made with pasteurized milk due to safety, convenience or compliance with the regulation as problems with hygiene regulations caused restrictions on import and sale in some countries, most notably the US where the cheese is very popular.

The cheese is made by mixing warmed cow milk with bacteria and then adding rennet for the mixture to coagulate. The curd is then cut into cubes, salted and transferred into cylindrical molds. The mold is turned every six to 12 hours for the whey to drain evenly.

After 48 hours, the fresh cheese in the mold is hard, crumbly and bland. The surface is then sprayed with a suspension of the mold Penicillium camemberti and the cheese is left to ripen for minimum three weeks. This way that distinctive edible rind and the creamy texture of the cheese are produced.

Once the cheese is ripe, it gets wrapped in paper and placed in wooden boxes for transport. The fresh Camembert has a bland and crumbly texture. Young Camembert has a milky and sweet taste. Mature Camembert has a deliciously smooth, runny interior and a white bloomy rind.

Before fungi were understood, the color of rind was a matter of chance, mostly it was blue-gray with brown spots. From the early 20th century, the rind is pure white and in the mid-1970s that pure white became standard. 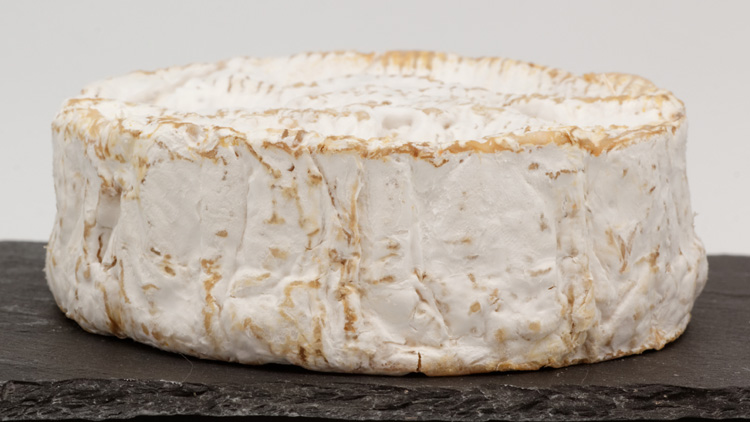 Camembert became part of French popular culture as the cheese was famously issued to French troops during World War I. Afterward, the cheese appeared regularly in French culture, literature and history. It is usually the first thing that comes to your mind when someone says “French cheese”.

Although it is similar to Brie, the two cheeses are different in origin, shape, size and most importantly flavor. Camembert is smaller and matures faster than Brie which is why its rind is more pungent than Brie. Camembert has a stronger, slightly sour, even chalky taste. Its texture is softer and when warmed it will become creamier while Brie warms without losing much structure.

The cheese is typically sold in thin, round wooden containers made from poplar, but can also be found in cartons and tin cans. You won’t find Camembert in a metallic box on the French market and the cardboard boxes are reserved for the low-cost camemberts. Regardless of the container, the cheese is always wrapped dry in a paper wrapper and it is never immersed in oil or brine.

The cheese goes well with a light red wine such as Beaujolais, Chenin Blanc, St Emilion, St Estephe or a glass of Normandy cider. Honestly, the cheese is soooo good its perfect on its own or paired with a glass of wine or a slice of baguette.