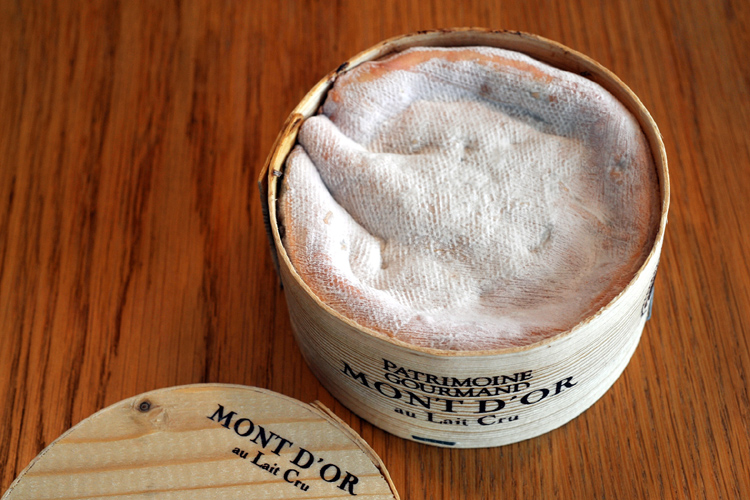 It was a favorite “fromage” of King Louis XV and is the only French cheese to be eaten with a spoon. In France, Mont d’Or cheese is considered the best of the raw milk cheeses and once you try this soft, rich, sensational cheese you will understand why.

Mont d’Or or Vacherin du Haut-Doubs is a cow’s milk (French “vache” means “cow”) cheese made in villages of the Jura region. The cheese is moist, wrinkly with a beige rind covered by a thin white froth. The paste is homogenous, white and shiny and has a slightly runny texture

The cheese is traditionally made in the winter when the Montbeliarde or French Simmental cows return from high summertime pastures in the Mont d’Or massif in the Haut Doubs area of the Jura mountains on the borders with Switzerland and don’t have enough milk for Comte cheese for example.

Also, in the past, snowy roads meant that gathering milk was almost impossible so the farmers learned to work on a smaller scale during the winter and made the most of the cold period to create a new, soft-ripened cheese.

Nevertheless, seven liters of milk is needed to produce one kilogram of cheese which contains 45-50% milk fat. Mont d‘Or is typically produced between August 15 and March 15 and sold between September 10 and May 10. 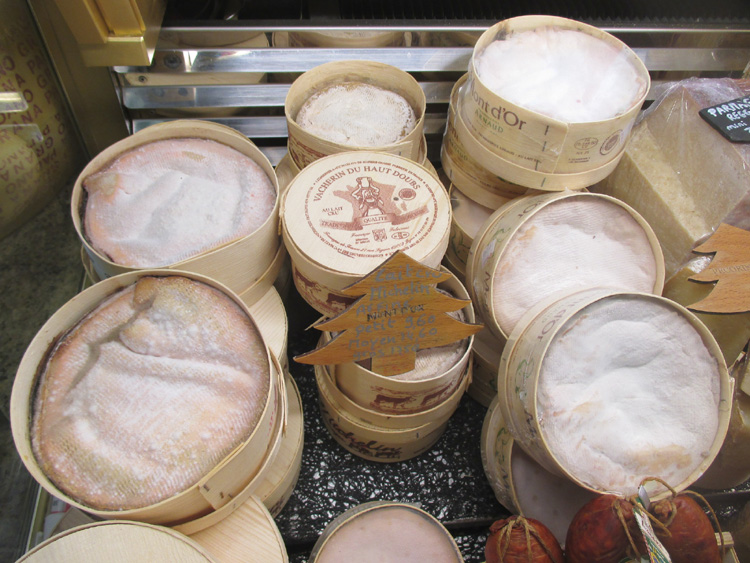 It comes in round boxes of various diameters made of strips of spruce harvested by specialists called “sanglier”. It’s the spruce bark that gives the cheese that earthy, nutty taste since it is often served warmed in its original packaging and thus eaten from it.

The spruce also gives the rind a distinctive, crinkled appearance resembling the mountain region of its creation. This runny, gooey, sticky delight is named after Golden Mountain in the Jura region. Its origin has been officially controlled since 1981 and was granted a protected designation of origin in 1996.

There are only 11 producers of this artisan cheese in the French Jura region. Due to the cheese’s protected status, the producers have to abide strict regulation, including using the raw milk of Montbeliarde or French Simmental herds which can only be fed on grass or hay, not fodder, and the cheese should be produced at an altitude of 700m. 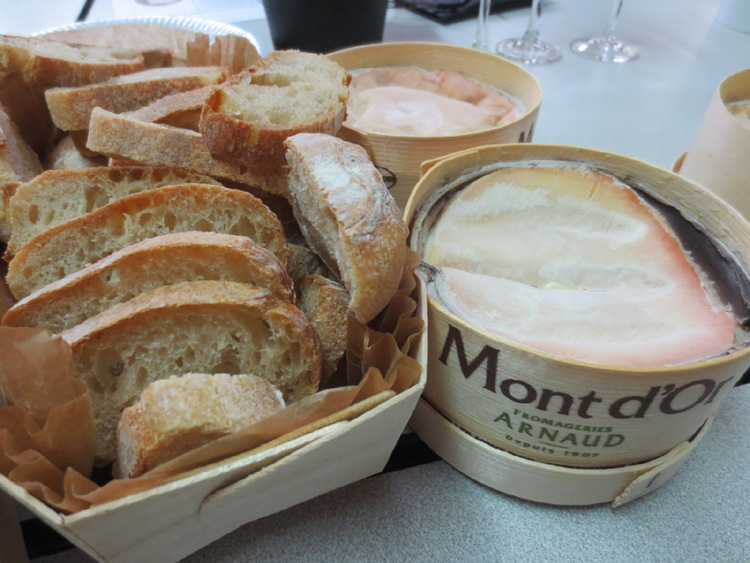 Mont d’Or is usually eaten straight out of the pot, either with the help of fresh baguette or a spoon.

Another popular way to eat Mont d’Or in France is to bake it as it brings out more flavor. You can add more flavor by adding garlic, olive oil, herbs or wine. Some dip bread, croutons, sausage, but there is also a recipe for Mont d’Or warmed with Kirsch, Armagnac or some other liqueur of choice.

The cheese goes well with a good, flavorful white, Champagne, or even beer.