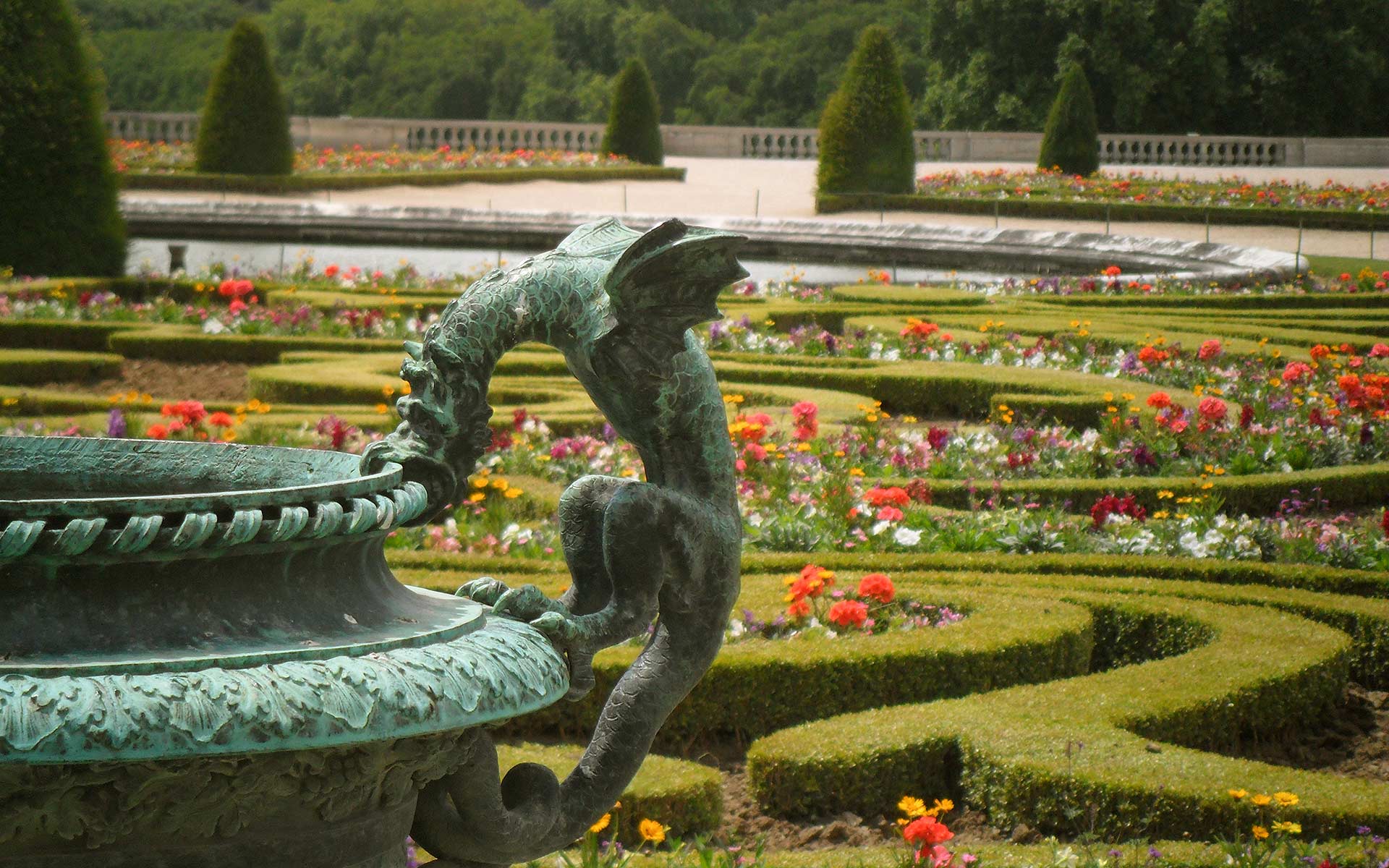 See the (in)famous castle of Versailles, a symbol of opulence, decadence and royal excess that influenced many sequent royal castles of Europe
Discover the world famous Le Nôtre gardens, the best and most well-known example of his landscaping art
Visit the many fountains that were (and still are) the envy of entire Europe
Learn about the last three kings of France and their outrageous lifestyles that brought about the Great Revolution, an event that formed the world as we know it.

See the castle of Versailles, a singular site that was made to owe and impress with its sheer size, stature and magnificence. Walk through its many rooms and corridors, especially the well-known Hall of Mirrors, and find out first-hand about the most extravagant and decadent period of the entire French history. The domain is as important (if not more so) than the castle; many fountains, alleys, separate gardens and artificial lakes are to be admired. The duration of the tour is barely enough to go through all of the castle’s layered and interesting history as well as its many sites and important details.

This 6-hour tour not only gives you an overview of the domain’s history; the castle, the gardens, the fountains; it also helps you to understand the differences between the Louis XIV, Louis XV and Louis XVI, not only in style (applied styles named after them, especially in furniture) but in historical importance and their true character as well.

If you would wish to learn about the final days of the French monarchy and its downfall, witness one of the most luxurious places in the world (still) and admire the sheer insanity of the Sun King materialized, this visit is not to be missed. The story of the creation of Versailles is surely even more over-the-top than the building itself. Even if you only have a couple of days to spend in Paris, you should reserve one for Versailles.

The castle of Versailles, the gardens of the domain, the fountains, the small and the large Trianon, Hameau de la Reine, and much, much more.