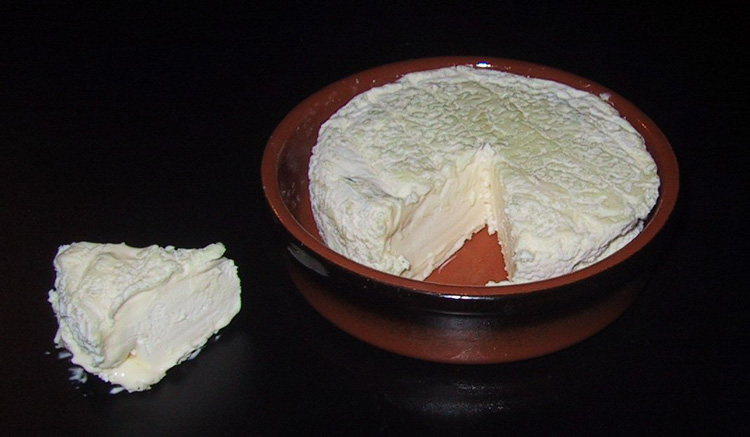 A story goes that the cow’s milk recipe for the Saint Felicien cheese was invented at the beginning of the 20th century by a Lyon dairyman who came up with the idea of mixing the cream with his unsold gallons of cow’s milk.

According to the story, the cheese got its name for the Saint Felicien square where the Lyon dairyman had his dairy shop and sold this tasty, soft and creamy delight.

Officially, Saint Felicien is a soft cheese made from cow’s milk and cream and produced in the Haute-Ardeche area of the Rhone-Alpes region of France. It is designated a dauphinoise cheese referring to the former French province Dauphine where it originated.

The name, officially, originates from the small town where the cheese was first produced and sold.

In the 13th century, the cheese was made exclusively of raw goat’s milk but nowadays the cheese makers use only cow’s milk. The maturing of the cheese takes at least 2-6 weeks during which it develops a bloomy rind and a natural golden-beige color.

Saint Felicien is a tender medallion-shaped cheese with a natural washed gold coat and patches of white and blue molds after a little ripening. The inside pate is soft, golden with a fruity, almost blackcurrant acid edge.

As it ages, the Saint Felicien becomes flowing and liquid with a slightly sour flavor which is in contrast with the nutty and fruity flavors which are also present.

The Saint Felicien taste, rind and texture are creamy, delicate and soft due to the use of soft curd in the cheese making process.

Because the creamy and delicate paste can become runny, the cheese is sometimes sold in a small ceramic or terracotta pot or a wooden box.

The optimal flavor of this cheese occurs between April and September. But it also consumed between March and December.

Experts say that its softness is due to the hand-scooped, uncooked curd during fabrication as well as the occasional addition of cream. Its taste is creamy, buttery, slightly tart and nutty and perfect as a snack with olives and French bread or a little bite after a meal. 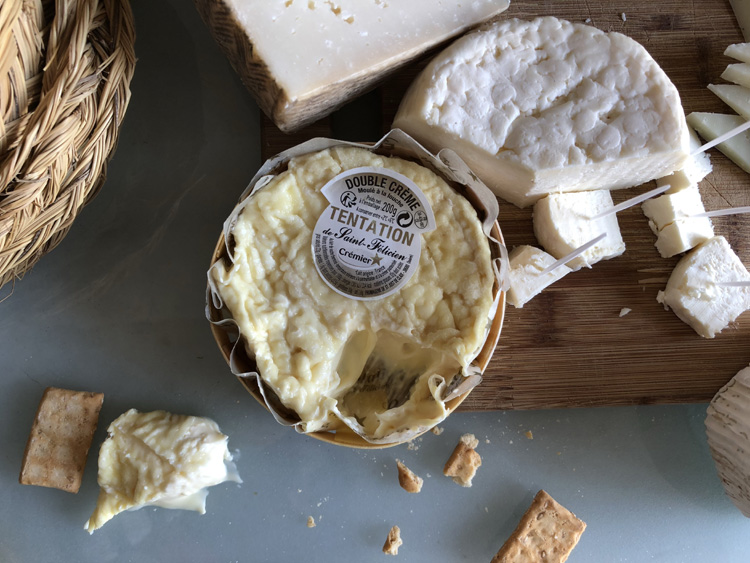 It should not be confused with its “cousin” Saint-Marcellin, as Saint Felicien is bigger, fattier, softer and creamier, nor with the cheese with goat’s milk called Caille doux also from Saint Felicien, Ardeche.

Saint Marcelin is a soft unpasteurized, mold-ripened cheese made of cow’s milk. It is produced in small rounds, with a coating of white yeast. It has an intensely rustic, nutty, fruity flavor. When cured in marc brandy for a month or more, it is called Aromes au Gene de Marc. If cured in white wine, it becomes Aromes de Lyon.

Caille doux de l’Ardeche is a small round of cheese made with goat whole milk in the village in northern Ardeche, in the region of Saint Etienne. The Caille doux or sweet curd cheese is named for the technique based on the immediate processing of milk right after milking which gives the cheese a sweet, non-sour taste.

Connoisseurs warn that the Caille doux de Saint Felicien is one of the ancient cheese at risk of extinction because its production process is threatened by an excessive strive for zero germs, domination of other easier to produce cheeses and the absence of controlled or protected designation of origin.

Back to Saint Felicien now. Because it is so mild, with a mushroomy, nutty flavor it pairs well with light and fruity wines that enhance the soft flavors of the cheese such as Cotes du Rhone, Beaujolais, Pouilly Fume or Sancerre or a light, fruity red, dry light white wines.

Try it and enjoy this amazing, delicious French cheese.