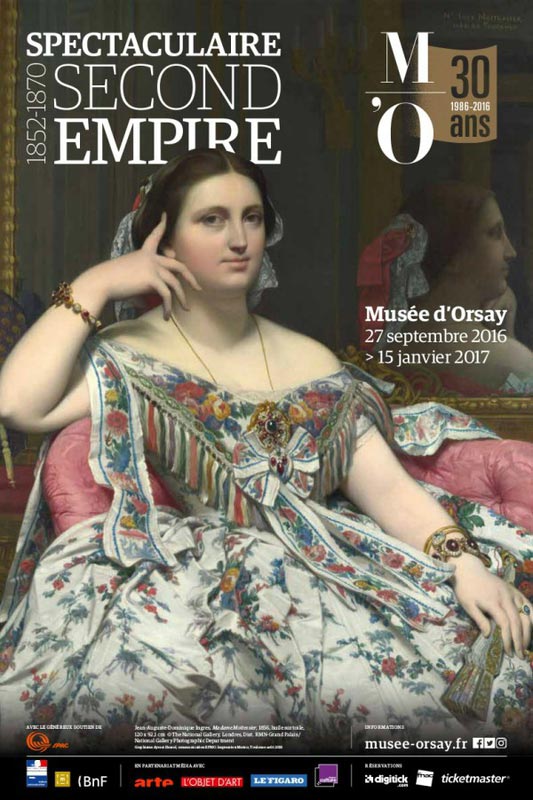 So with a couple of months after the exhibition has been opened (we can’t always be the first in line to offer an exclusive, all those youtube videos are not going to watch themselves), we’ve been to the Orsay museum to check this one out. There aren’t many excuses to tardy about going there, apart from the fact that we have little faith in Orsay’s temporary exhibitions. While their permanent setup is probably everyone’s favorite (us included), a very well made, logically organized overview of the 19th and early 20th century art, their temporary exhibitions tend to be huge let down. The thing is, what they usually do is make a show with a very provocative name that is meant to attract all sorts of people – but when you get there all excited, you find out that they’ve just taken the works that are already there on display as a part of the permanent set up, rearranged them, and charged that as a separate thing. In many cases it would be so that they would add no more than two works and just show what was already on. And it’d be major pieces too, not something you have to go and look for in the hidden corners of the museum.

It’s like we’ve already seen this Breakfast On Grass by  Edouard Manet somewhere. Oh wait, it’s the most famous work of art in the Orsay museum.

But, ‘nuf criticism, this was just what made us suspicious before even coming to the exhibition. Once there, luckily we saw that this time around the museum invested a lot of effort and brought roughly more then half of the pieces from other museums. Some of them were from the Parisian museums like Le Petit Palais and Carnavalet, some came from afar. But overall this exhibition is a nice surprise and a change of pace for Orsay as it felt more rounded, larger and definitely more profound than the usual fare at this museum. Really a lot to see here, so this is a major plus.

Not our pre…emperor ! Not our emperor ! An awesome beard (and a kickin’ painting) though.

When it comes to the choice of works, they tried to have a rather balanced view of styles that were around during the given period – mostly neo-classical, plein-air (precursor to the impressionism), some realism and impressionist work. It was mostly on the side of the neo-classical art, which makes sense as it was almost the official aesthetical expression of this era. It is heavily centered around the image of the emperor Napoleon the III, which also makes sense. The image Paris was projecting of itself was one of lubricity, luxury, licentiousness and afore all great fun. Most of these paintings and works of applied art are in that vein. The emperor Napoleon the III was known as a ‘bourgeois emperor’ – it was under his time that the social class of bourgeoisie was established and made massive amounts of money. It is also the period where they started understanding their leading role it the society – they started confirming their particular culture and taking the baton from the aristocracy. We can see a couple of example of ‘les tableaux vivants’ – a very popular trend of its time when wealthy bourgeois women would make costumed parties and make paintings or photos of themselves acting as ancient greek (or other historic) figures. It is a very interesting topic in its own line, the higher middle class (la bourgeoise) taking the role of the cultural dominance from the aristocracy, actively trying to culturally appropriate all of their symbols of power and relevance.

As you can imagine, the objects of applied arts as well as some paintings (not most, as they were made by the classically trained painters from a different regime) are horribly over the top kitsch. You can really feel the spirit of the “nouveau riche” trying desperately to show off their wealth, losing all taste while doing it. Most of the objects presented are ludicrously tasteless and over the top, much like the interiors and the objects of the Second Empire style in general. If you are a lover of all things kitsch, kemp and downright wrong (much like some of us here are -all right, all of us), this will be a visual treat. As said, paintings are not really in this line, as they mostly do keep to the neo-classical sobriety and elegance.

A bénitier from the Crystal factory of Lyon 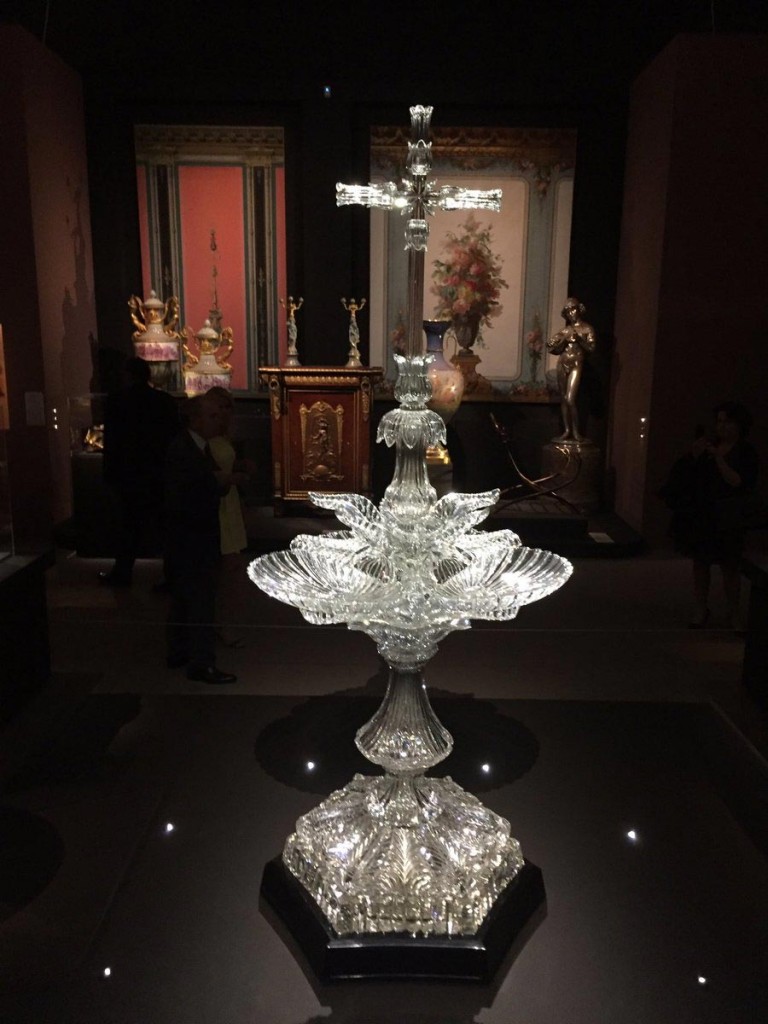 and our reaction on it

An extrait from Apocalypse Now, by Francis Ford Coppola, 1979.

However, as much as we enjoy visual failure and tasteless kitsch, we do have a major criticism to share; one of those make-or-brake deals, where we sadly have to constant that this time it’s utterly broken, not made. The exhibition is incredibly one sided. Although the title is “The Spectacular Second Empire” (much down the line of the general tendency or the Orsay museum to make bombastic titles), it completely fails to show the other side of that period. If it was about the Second Empire, it really needed to at least take a peek at the vast majority of the working class population that lived it outrageous misery.

A 100% faithful representation of the Parisian life of the second half of the 19th century – of all of Paris. Right.

The Second Empire is the era of the rise of the bourgeoise. It is incredibly one sided, propaganda-like even, to show their side of the coin only. The bourgeois got their wealth from exploiting 1) industrial labor 2) colonial domains. In both cases, it involved heavily impoverished people living in beyond-horrid conditions. In the series of the history of the French chanson, we cover this topic – most of the songs in fact (much more than we could cover) are about the wretched of Paris and France and their terrible living conditions. The Second Empire is not only balls, courtisanes, theatre and dance halls – it is but a miniscule minority, the 1% of its time. Almost everything else is abysmal poverty.

Nothing to see here, poor people. Move along.

We have to wander about this decision. It’s not like there weren’t any works of art on this subject ; it’s not like most of them are not on display on a permanent exhibition in Orsay. What about artists of this time that covered that subject, like Daumier, Millet, Courbet ? What about Degas and Manet, what about Cezanne ? They show some of their works, but strangely enough not those who would show the other, more prevalent side of the coin. Going through the exhibition, one can only get the impression of the over the top fabulousness of this period, and that is like showing 1% of the overall image. How and why did the Second Empire end and Napoleon the III was taken from power ? Did it have anything to do with the Parisian Commune ? How did the Parisian Commune came to be, if everything was so hunky-dory ? Why did the critical mass of Paris dwellers rose to fight against the military ? None of these things are mentioned in a single document. It is a laughably one sided, not to say blind-sided view of this period. Seriously, how can you even talk about the Second Empire without mentioning the Parisian Commune ? That’s what we’d like to ask these curators. Also, the Haussmannian intervention was somewhat underplayed – it is however the most important thing that happened to Paris in this period, if not ever (actually, after a second thought, it is altogether the most important thing that ever happened to Paris). 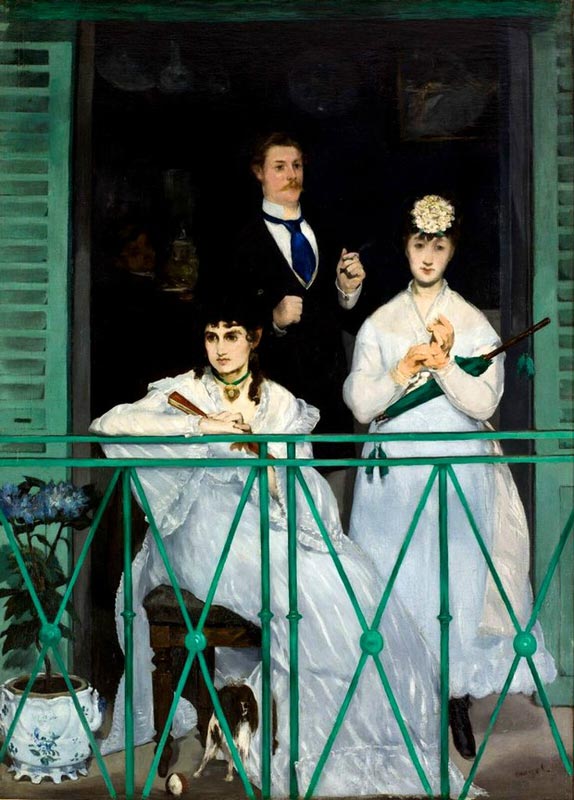 Overall, besides this major (and we can’t stress this enough) flop, the exhibition is worth the visit as you get to see a lot of interesting things not usually on display in Orsay. But as far as the actual historical relevance of the entire thing, we cannot recommend it, not even 1%. Sorry Orsay – you are our favorite Parisian museum when it comes to your permanent setup, but in these temporary shows there is still a lot to be done. How pretentious is that, lecturing an entire museum that happens to be one of the most famous ones in the world ? Let us know – here is the address.