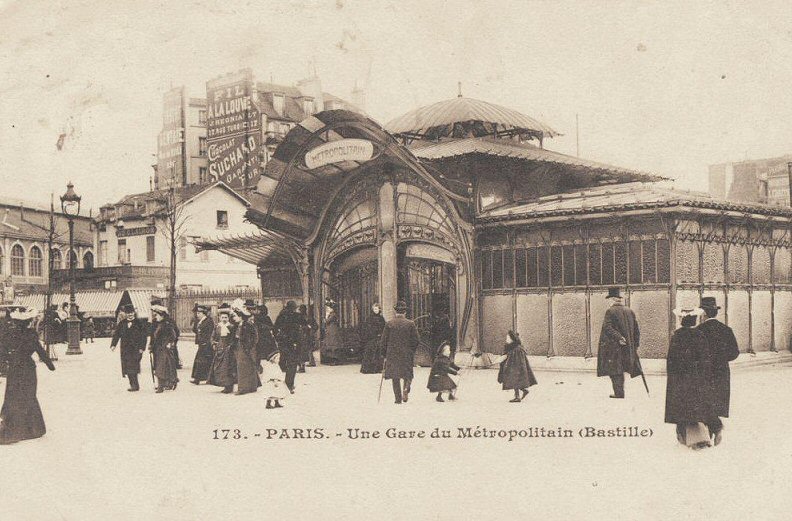 The History of French Pop Songs – La chanson française of 1900

So the last couple of weeks we’ve been very busy with (among other things) a quite particular research – going through the French pop songs, a uniquely French genre that is named la chanson française (literary translation would be the French song, but it’s its own thing). The initial idea was to collect a couple of these that are about the city of Paris, either in video or in theme. As we went into it, we’ve realized that there are just too much of them to choose from. So then the idea expanded to sort them by an era spanning the period from after the WWII to the end of the 20th century ; but then we’ve found some undisputable gems from the 20’s and the 30’s that we just had to include. So in the end it came to be these – an overview of the chanson française from the 1900 to today. Quite a work! Selecting a handful of songs that best depict an era. Also, a very interesting time-travel and a good overview of how the French popular music (or, the popular music in general) developed over time. Some of these don’t have a video for obvious reasons, as they have been taken off a phonograph way before the video killed the radio star – before the tv or radio existed as such, really. So, here goes – the first post will be about the years 1900, the naughties of the previous century. You will also (off course) excuse the poor quality of some of the audio recordings, again, just because.

Aristide Bruant A la Bastille (At the Bastille)

Nowadays a very chic place, popular for its many cafés and night-clubs, right between the Marais and the vigorously gentrified 11th, this song gives an a glimpse of a somewhat different, very working class Bastille. The bars and restaurants are still there, but the accent is on the servants who work very hard to serve all of the guests. When the guests tip a little extra, a cute servant takes her hat off ; when they tip slightly more, she opens her dress; when they tip slightly more, she takes their company. We’re not sure we’ve visited the same bars around the Bastille as this gentleman, although we visited a lot of them. Things change, we guess. Still, the song is quite interesting as it takes the perspective not only of servants, but also of vagrant kids, young working girls who’ve been employed since they were 16th, and so on. Very down to earth vision of la place de la Bastille. A little treat is a photo of the actual site from the given period – here : Ah, the good old days of pure virtue and now forgotten values, when things were simpler and our ancestors bound by firm morales. Be warned – this joke is going to be used a lot. This song is one of those gems of popular music that made Montmartre what it is today. Up to the last moment it was hard for us to decide between the cheeky Le Petit Cochon (the little piglet) and this one, but this one took the cake for one simple reason – a place that adultery and a generally easy going, lax attitude towards marital bounds, occupies in the Parisian and indeed French culture. So a quick recap – Monsieur Durand has a lovely wife but also has a wandering eye, so he takes notice of his lovely housemaid and tells her how cute she is; he’d like to get to know her better. She responds that she is not surprised as all of his friends already told her so. They arrange a meeting at her chambre de bonne (housemaid’s room, usually separate from the main apartment). Upon arriving there, Monsieur says that her bed seems very comfortable; again, she is not surprised as all of his friends already told her so. She takes her clothes off – he says that he’d never seen a nicer body, again, the same response; all of his friends already told her so. After they’ve spent some time together, exhausted Monsieur Durand exclaims that she is the best experience of the sort that he ever had, far surpassing his wife – again, the famously timid French maid says that she is not surprised to hear that, as all his friends told her so already. Ouch! Karma much? With friends like these, who needs enemies, huh?

Back to the context of poverty and desperation – again, something to be found quite often in these songs. Here we have a husband persuading his wife to go to a show with him. They are living modestly, but are curious and of live spirit – so instead of desert, he’s offering her a café-concert show (as they can’t afford both). This can only happen in Paris (off course) as they repeatedly mention in the song, because it is such a happy place, even for the poor. This is a step away from Aristide Bruant’s grim depiction of the working class misery of Paris. Here we see the unfortunate proletariat of the Belle Epoque actually having fun, which is also obvious from the joyful, hopeful tone of the song. They have to hurry to get to their ’20 cents-show’ if they want to get the good seats. Because a chanson of this period apparently has to have cheekiness to it, the worker tells his wife that he is very much looking forward to their show because he remembers that this is how he became a dad. On the way from the theatre, they see a gun fight and a knife fight, some bloody people stammering around gasping for their last breath. The husband casually observes that she shouldn’t worry as he has no intentions of joining them, so they walk by. Some civic unrest in the street ends the day. By the end of the song, you start wandering about the joyful and optimistic tone of this strange little chanson. Wait, this is actually far more grim than the Bruant’s song, it’s just sung in a more cheerful tone. Hm, it seems that the city of Paris has somewhat changed in the past hundred or so years after all.

There is also a siffling version of this song by MMe Morganti de Folies Bergère.

This is an odd one. Adrienne persuades us that she feels like a real Parisienne, albeit having an appetite of Tyrol and consequently feeling the compulsive urge to yodle (what else?). So there she is singing in Paris instead of between the trees of the forest – which, we guess, all the yodeling usually takes place. So here we have a mixture of Parisian local patriotism and the Swiss-German yodeling. Or, if you will, an ode to Paris expressed through yodeling. Hm. You be the judge of how well it works (or if it works at all).

As a youtube commentator said, if a song like this would be released today, it would provoke riots in the streets. So, as you can imagine, yes, it is extremely politically incorrect. A great reminder of how far we’ve came and where we come from. Anyhow, the song is sung in an intentionally broken French, about a black man from Africa (all black, from head to toes) who came to Paris to have fun but soon realized that it’s quite a sad city (that much didn’t really change) and that he prefers it back home. Nothing works for him here – he’s forced to wear clothes and shoes, while he prefers being naked. Also, he prefers the way women of his home dance and look – meaning, they have bigger derrieres and they know how to use them. However, he finds himself a white woman, they make some coffee colored kids, and he settles; kissing her gently and performing his husband duties is now his priority, so he doesn’t think about his bamboo cabin as much. Geez, this was uncomfortable just retelling. However, as cringeworthy as it all is, it’s quite an important piece of the French colonial history. Their imperial colonialism is at its full swing and is peaking right around this time, so we had to include an example depicting it, however unsavory it may be.

OK, let’s class it up for the end of the post. Seeing how we’re still in the same decade, the context doesn’t change much – it’s all still about the proletariat, or the lumpen-proletariat, only this time of the medieval type (a bit of an anachronism there, but hey, let’s roll with it); the working class, but also the people from the so-called gray zone, like street urchins, prostitutes, jugglers, scammers etc. Here is an interesting combination of a schooled, classically trained lyrical tenor and a very miserable narrative. A juggler tries to perform in front of the Cluny covenant in Paris, but is chased away by the abbée and threatened with hell on account of his pagan and ungodly activities. The juggler breaks down in tears and the abbée takes pity of him, offering him to become a part of the order. The juggler values his freedom, but seeing how becoming a member of the church means eating on daily basis, accepts. So, now a member of the church, but not knowing Latin or how to please the Virgin Mary (Notre Dame) the juggler tries singing and juggling, that is doing what he does best, in her glory. As the monks come to chase him away once again for his blasphemous behavior, a miracle happens and the Virgin Mary herself shines a light over the juggler, taking him directly to heaven. He finishes his life in the greatest possible manner, understanding Latin and everything. the morality of this miracle piece (we guess) is that the heaven is opened even to the humblest of us, and that we should excel at what we do, no matter how lowly it may seem. The song in question is taken from an Opera piece that was popular in Paris around this time, and it became well known in its own right. Funny how these miracle pieces, standardly associated with the Middle ages, were still around even at the beginning of the 20th century. Go figure.

Next on – the 1910. Will the tone change? Will the song feature more or less prostitutes and misery? Stay tuned to find out.